The Search for Swamp Thing 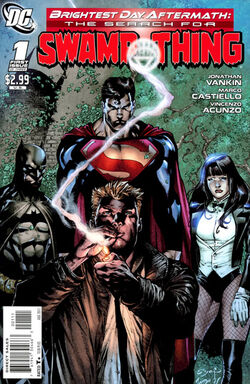 The comic span out of the Brightest Day maxi-series. After its conclusion, two more comics picked up where it left off: Justice League Dark and Swamp Thing volume five.