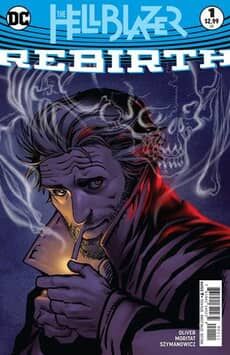 The Hellblazer: Rebirth is a new comic book title that is part of the new DC: Rebirth initiative to incorporate famous stories from Pre-Flashpoint DC Universe into the rebooted universe which was established during the New 52. The Hellblazer is a relaunch of the long-running Vertigo series Hellblazer, replacing the former Constantine: The Hellblazer.

The plot concerns John Constantine finally returning back to London after being cursed by a demon that forced him to leave the city. Former Hellblazer characters such as Chas Chandler and Mercury made appearances in the series, and the comic was written by Simon Oliver who previously wrote the spin-off series Hellblazer Presents: Chas - The Knowledge.

The new series intends to restore John Constantine to the tone, cast and setting of the original Hellblazer series which was replaced in 2013 with the title Constantine. Though it continues the story of the version of the character established during "The New 52", almost all of the continuity from the Vertigo series has been restored, with the exception of Constantine's real-time aging. The title is also restored to its original DC Universe setting.