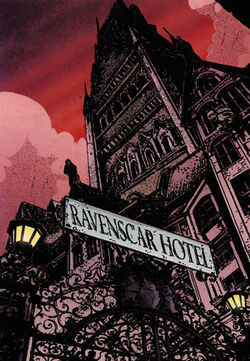 Ravenscar Secure Facility was a mental asylum that John was committed to between 1979 and 1982 after The Newcastle Incident. He left and was re-committed several times over the intervening years. Eventually Ravenscar was shut down and turned into a hotel/casino. In 2007 Constantine won ownership of the place in a bet. Its current status is unknown.

Retrieved from "https://hellblazer.fandom.com/wiki/Ravenscar_Secure_Facility?oldid=6824"
Community content is available under CC-BY-SA unless otherwise noted.