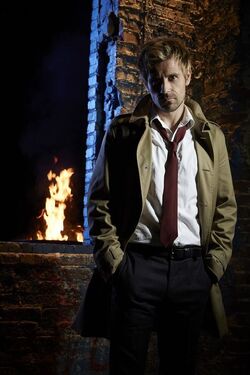 John Constantine is the main character of the TV series Constantine. He is portrayed by Welsh actor Matt Ryan.

Difference with the comic book versionEdit

Retrieved from "https://hellblazer.fandom.com/wiki/John_Constantine_(TV_character)?oldid=11379"
Community content is available under CC-BY-SA unless otherwise noted.