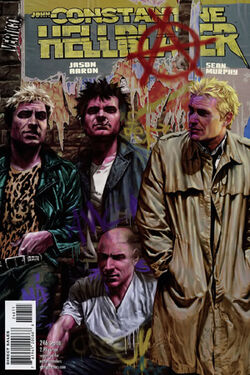 John finally returns to Newcastle after years of being away to deal with the strange deaths and abnormalities going on. It is later revealed to be the doing of the Norfulthing who was never dealt with since Astra was dragged to Hell. As such, it has caused a stream of negative murderous energy within Newcastle. This forces John to have to remember those horrid events of his past in the process.