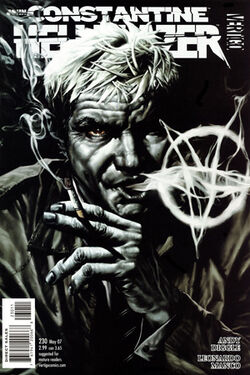 "In at the Deep End" part 1! Constantine is back in the smoke and back on his game. But when he finds himself handcuffed to a post in the River Thames with the tide rising around him, he has some fast talking to do if he wants to live to see the dawn.