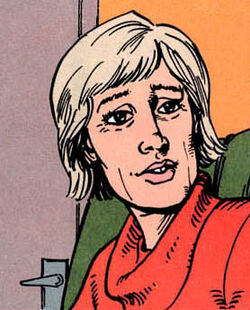 John Constantine's sister, wife of Tony Masters, and mother of Gemma Masters and Finn. Their rough upbringing, both with their father and their Aunt and Uncle when he was incarcerated brought them close together, despite some animosity due to John's not being around.

Cheryl was murdered by her husband, under the influence of John's offspring with the demon Rosacarnis, and despite John's efforts to rescue her, now resides in hell, in order to protect her husband, who committed suicide. John managed to free her soul together with Cheryl's long lost son Finn in the end.