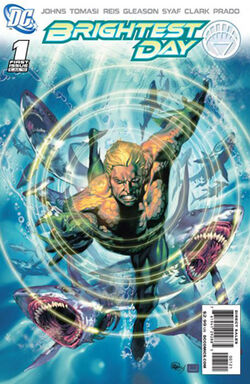 Brightest Day was a 24-issue (25 including issue zero) miniseries that ran from 2010 to 2011 and re-introduced the characters of John Constantine and Swamp Thing to the DC Universe.

After defeating Nekron, a creature who was raising the dead using a 'Black Lantern', the heroes of the DC Universe come across a White Lantern. This living object then resurrects 12 heroes and villains and gives them various tasks to achieve as part of a goal completely unknown to them.

Ultimately, the goal turns out to be the return of the earth elemental Swamp Thing - something that attracts the attention of John Constantine.